This question set the stage for an interesting design challenge for a CPS Lives project led by Kelly Costello in collaboration with students from Galileo Scholastic Academy, Institute of Design, and Northwestern University. 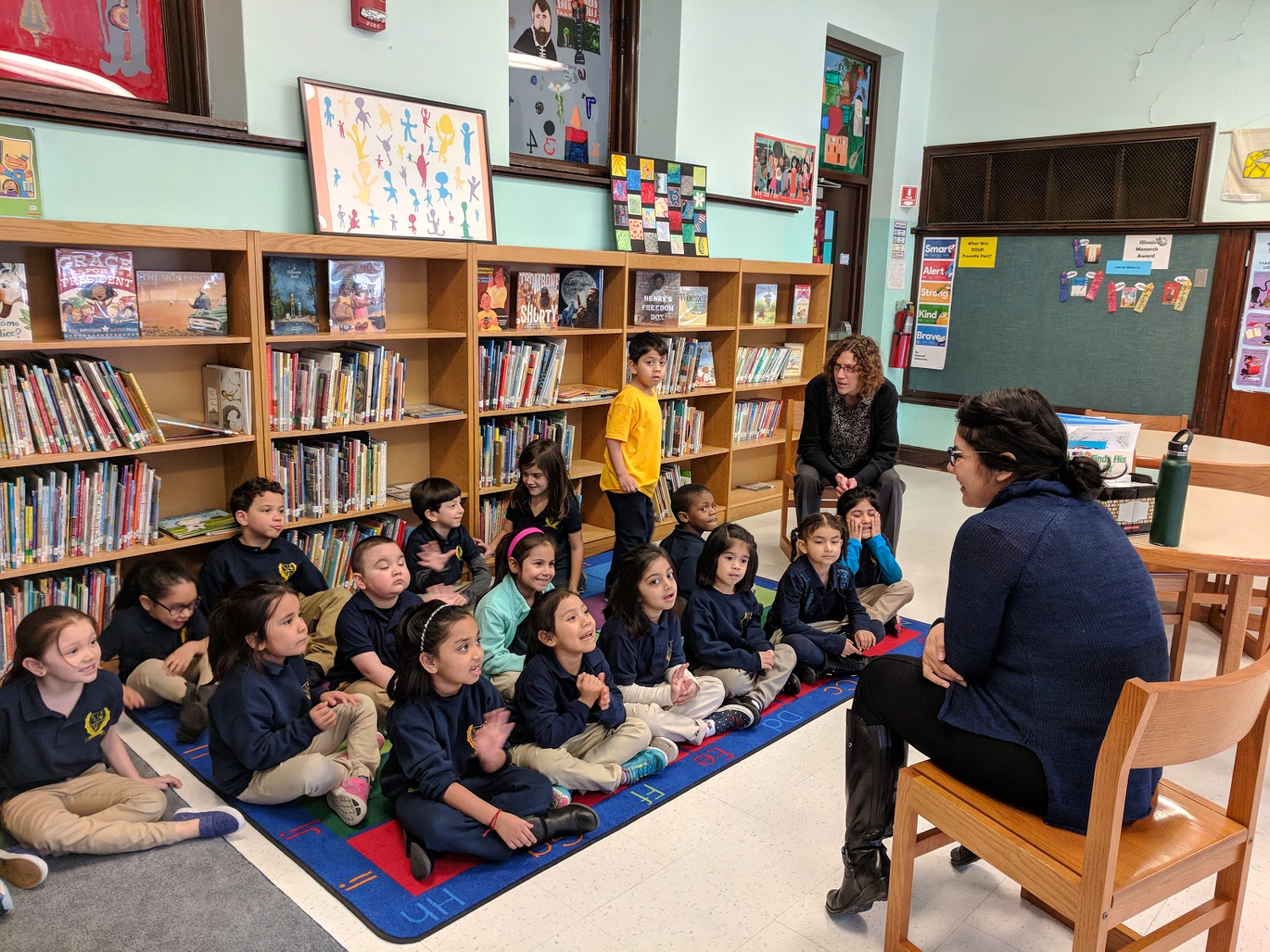 Library at Galileo Scholastic Academy of Math and Science.

Kelly, the co-founder and partner at Panorama Innovation, brought together student teams from the Observing Users class at the Institute of Design, IIT, and the Student Voice Committee at Galileo Scholastic to coach them in using the power of design thinking and innovation to reimagine a Chicago Public School library. After these students completed research and came up with some preliminary concepts, Kelly worked with the Design Thinking & Communication class at Northwestern University to build prototypes for mobile maker carts at Galileo Scholastic.

The Process for Designing the Library involved several stages of work:

To understand the problem, graduate students from Kelly’s Observing users class at the Institute of Design (ID), observed and analyzed how the librarian and students at Galileo scholastic Academy use the library.

After the research, the students came up with the following How Might we Questions to  provide guidance and generate solutions for potential design directions. 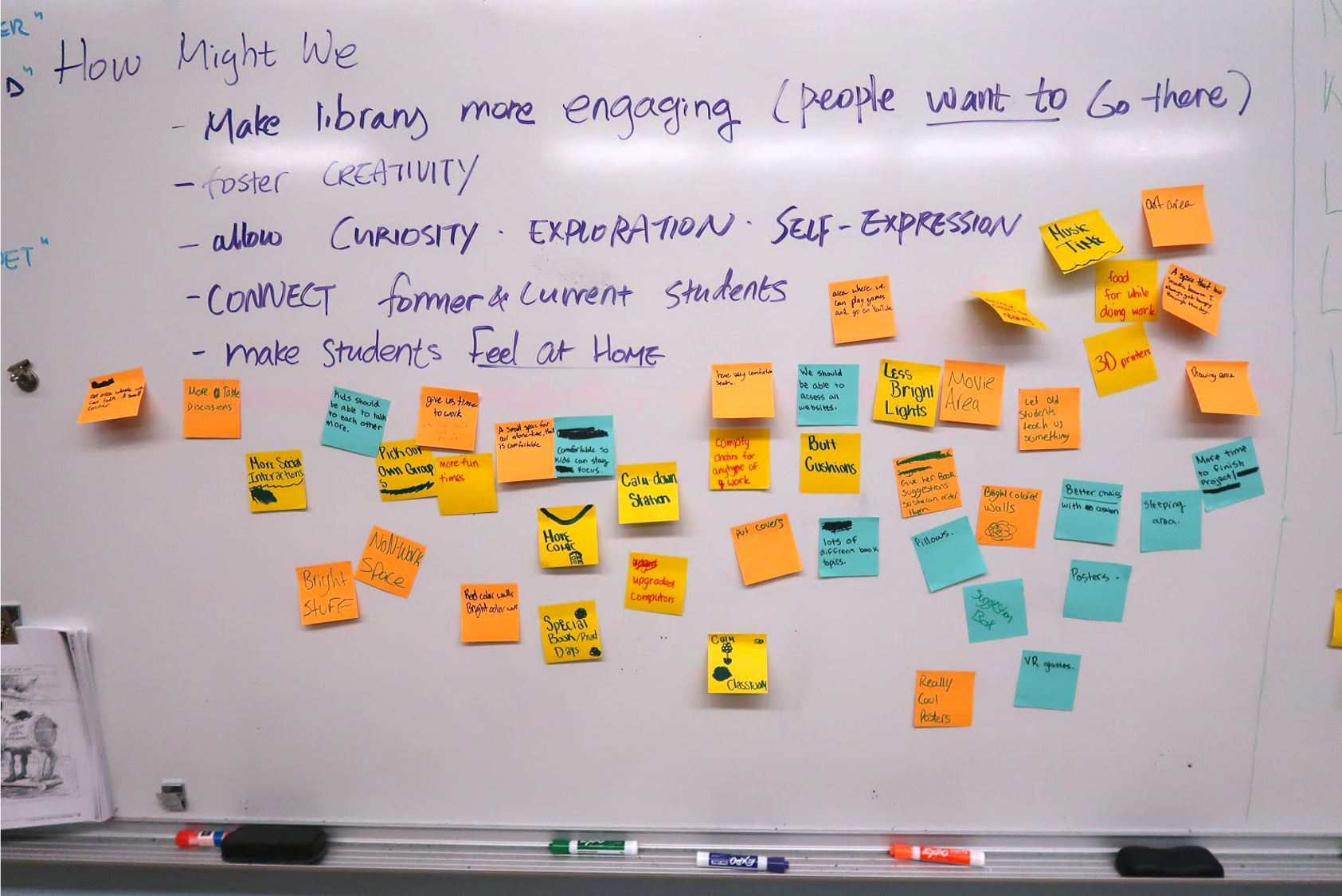 In the next phase, design students from the Institute of Design collaborated with the Students from the Student Voice Committee at Galileo Scholastic Academy to brainstorm about how they could make their library environment more creative, engaging, and inviting. 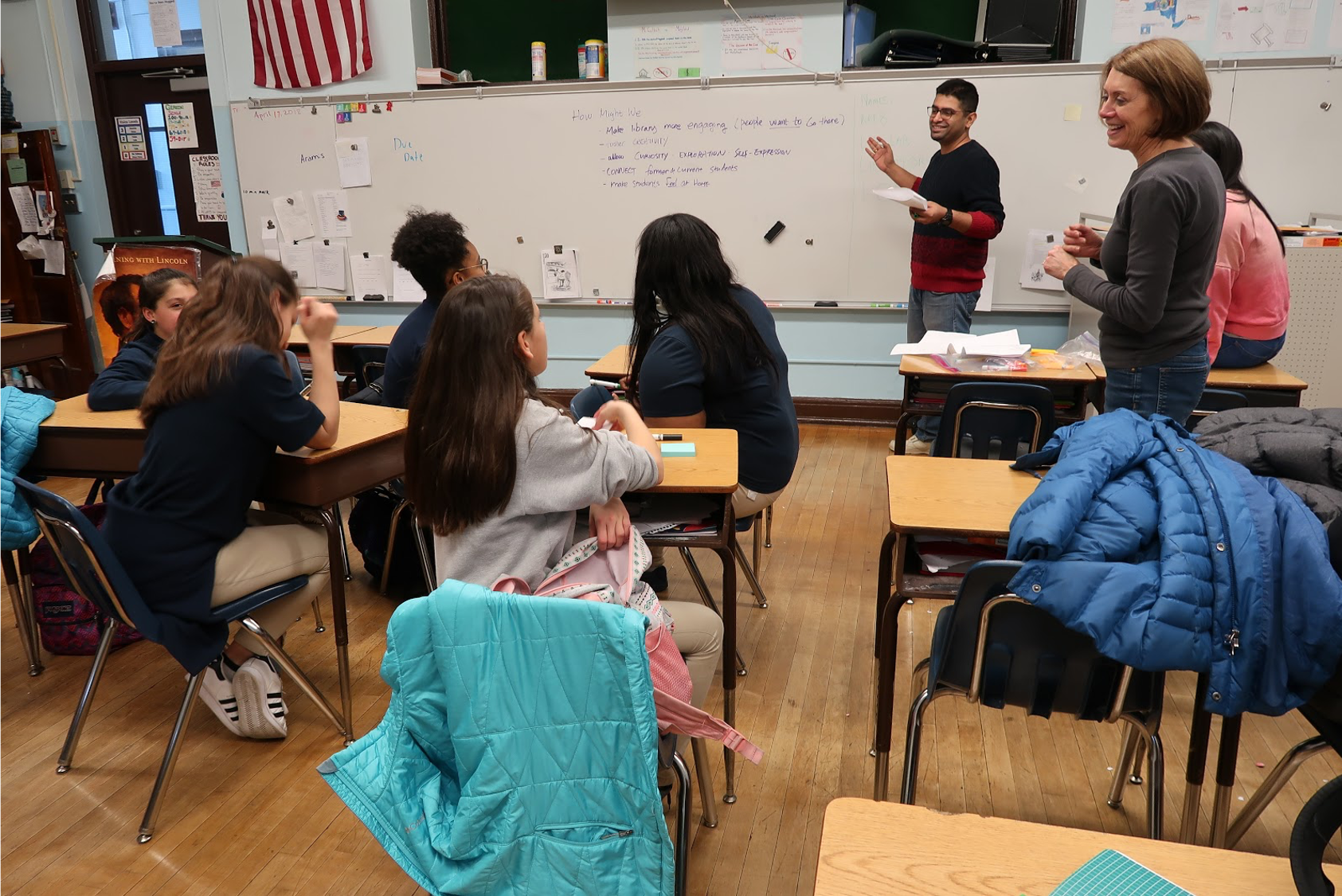 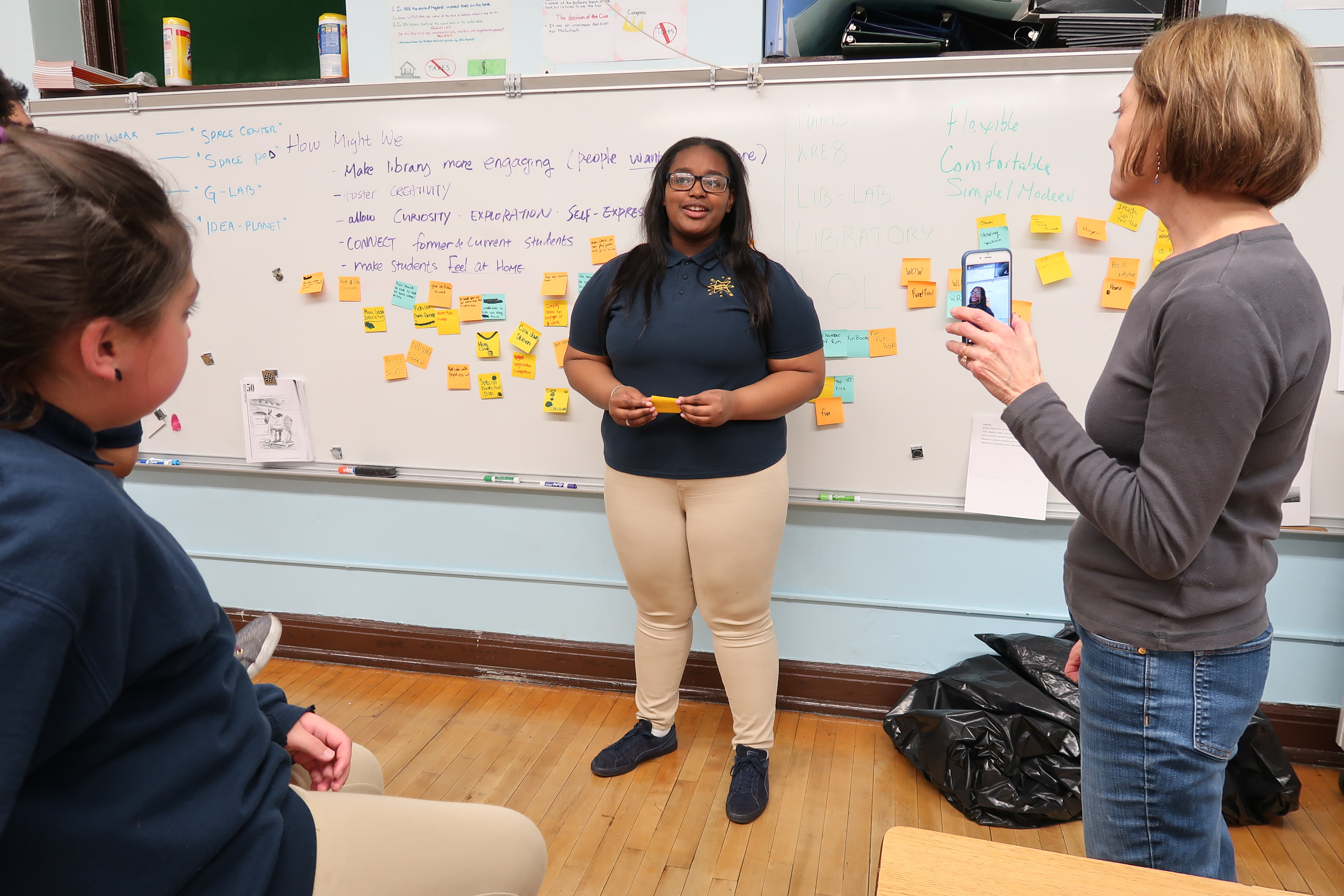 ID students also facilitated ideation sessions along with Meredith Bowden the principal and Connie Amon, the librarian at Galileo Scholastic. 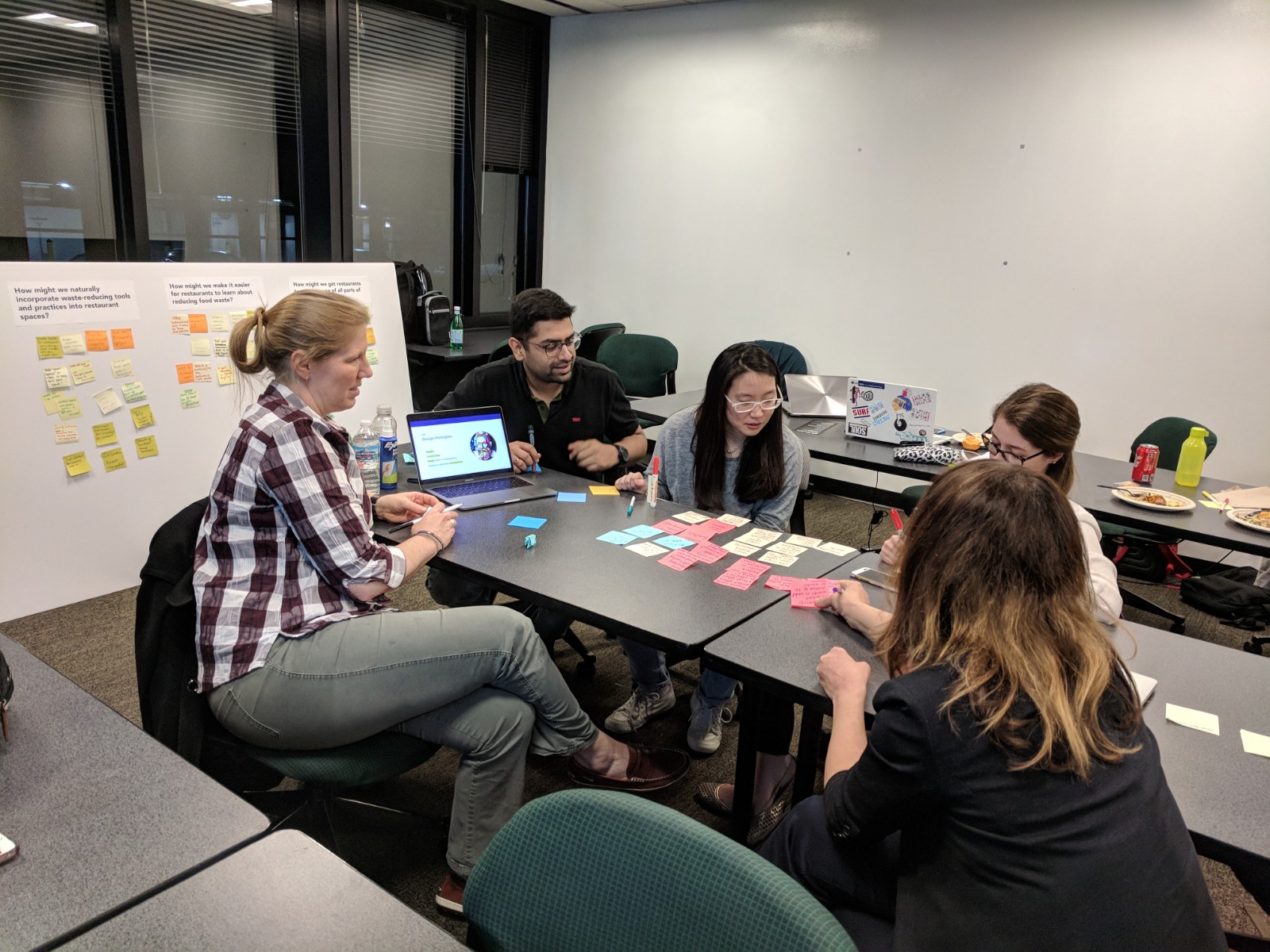 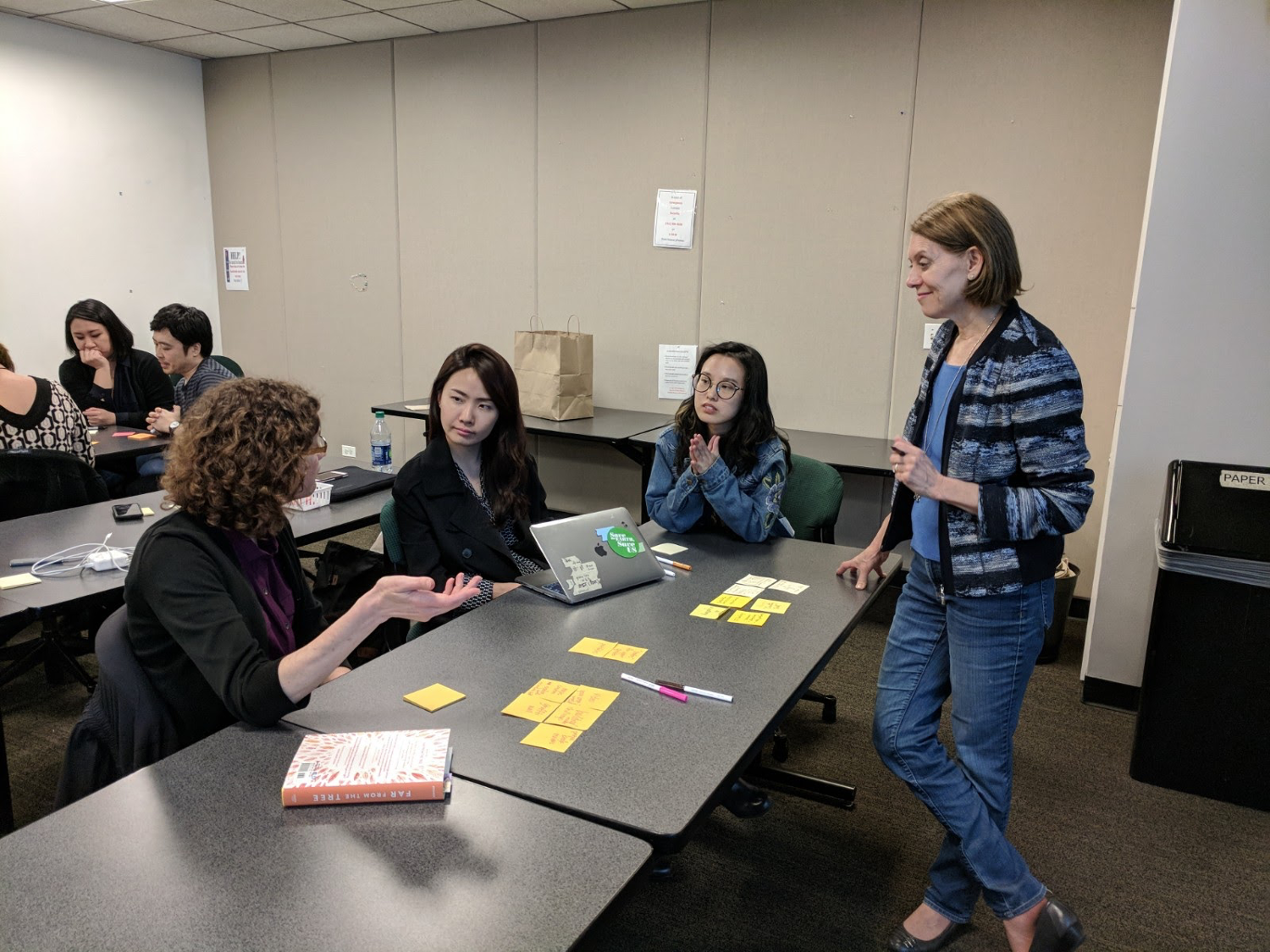 A lot of the concepts from the ideation session explored the idea of KRE8 Studio – a place where creativity flourishes in many forms – from new curricula and tools to changes in the physical space and furniture. 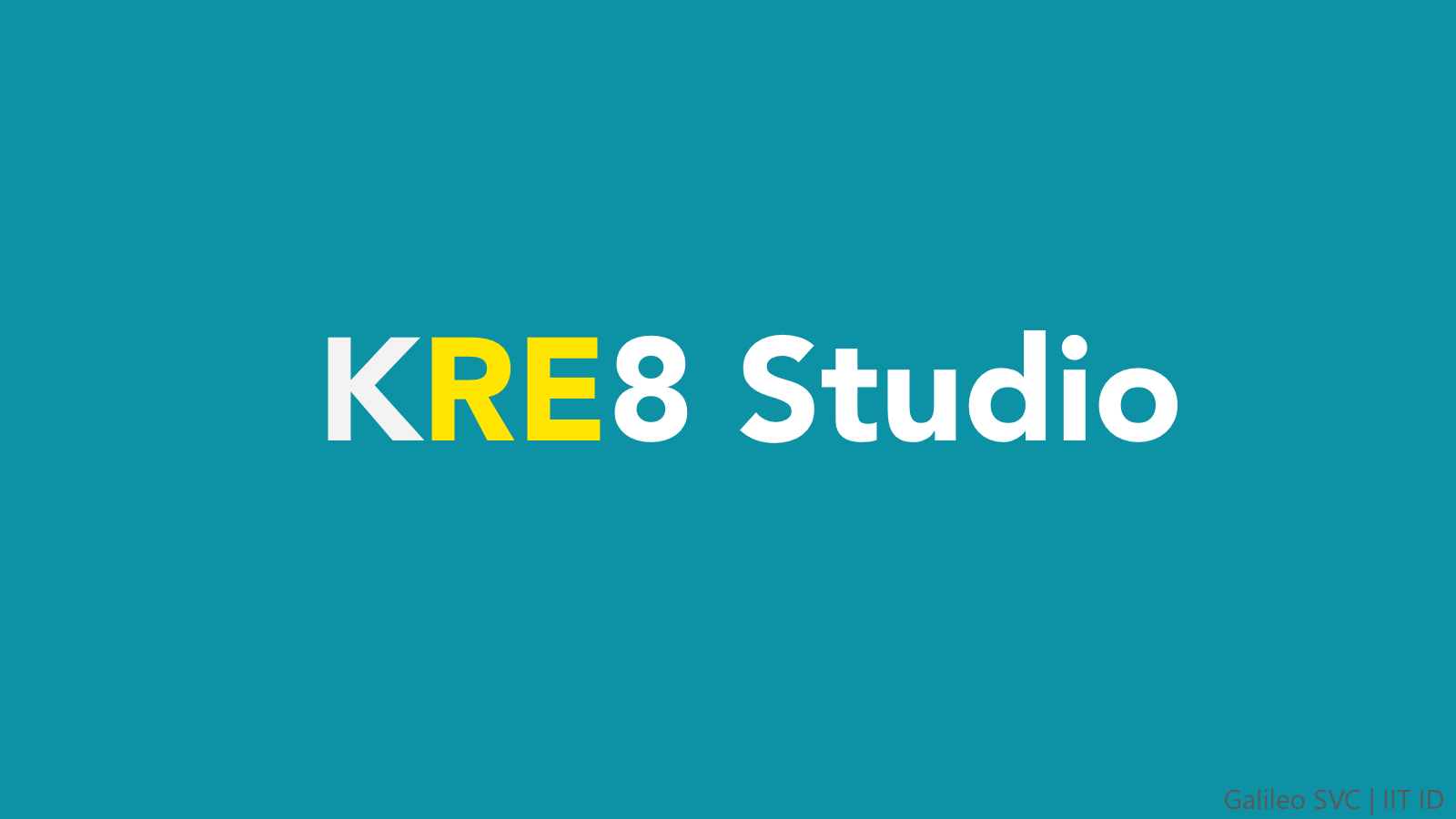 Inspired by the possibilities inherent in KRE8 Studio Connie Amon, the librarian, envisioned a Mobile Maker Space concept. Kelly then initiated a collaboration with Design Thinking & Communication class at Northwestern University to create the mobile maker carts. Two student teams created prototypes of the mobile maker to test with teachers and students from 1st and 4th grades at Galileo Scholastic. 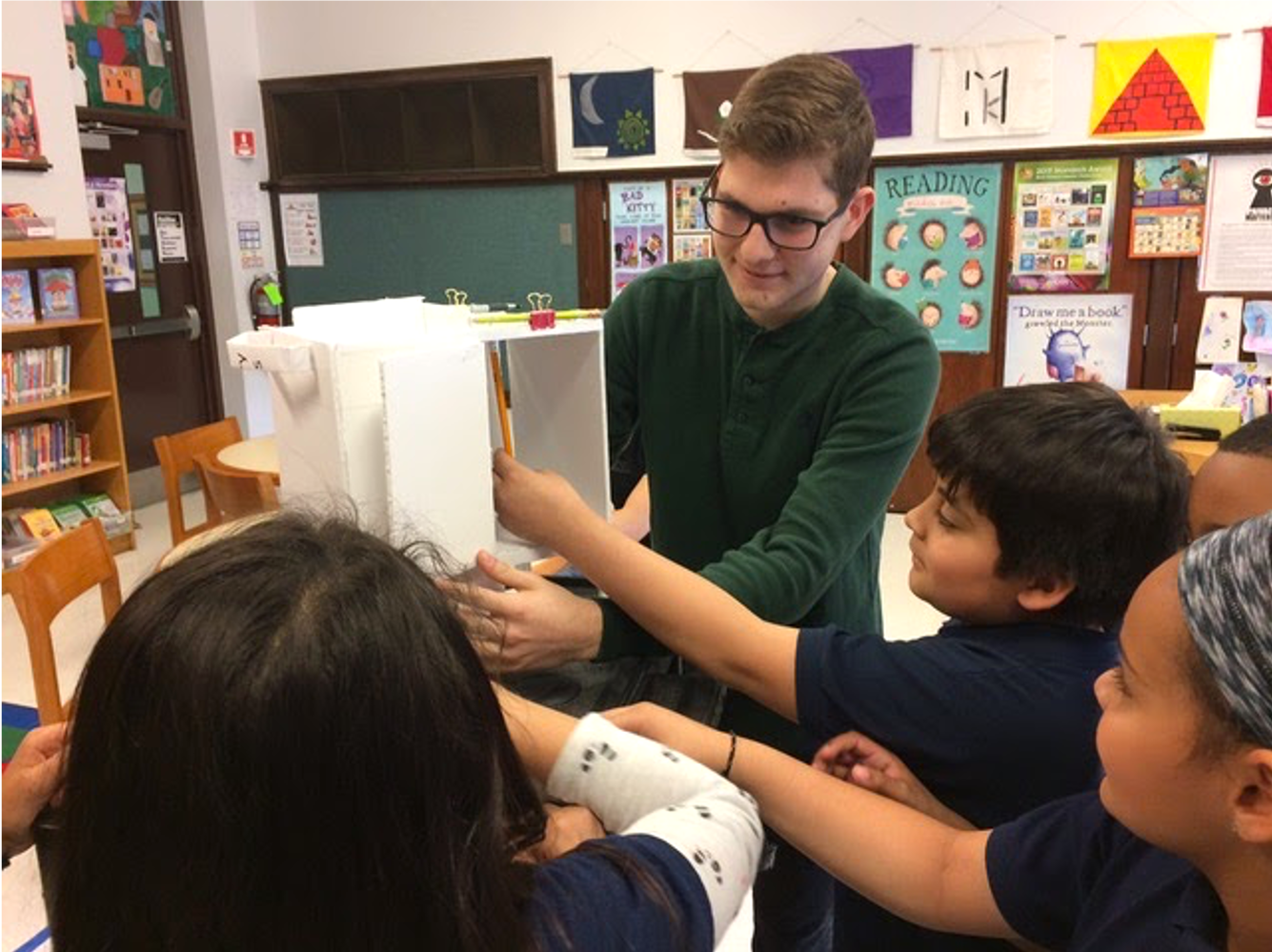 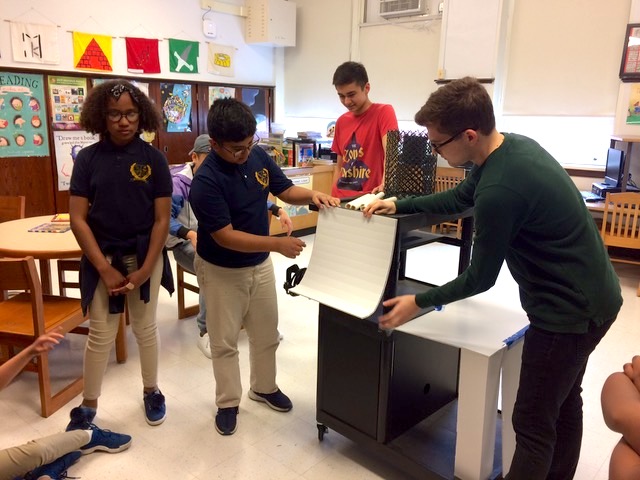 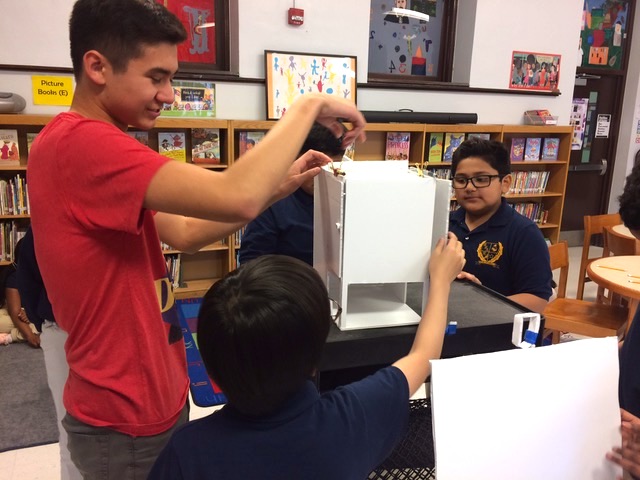 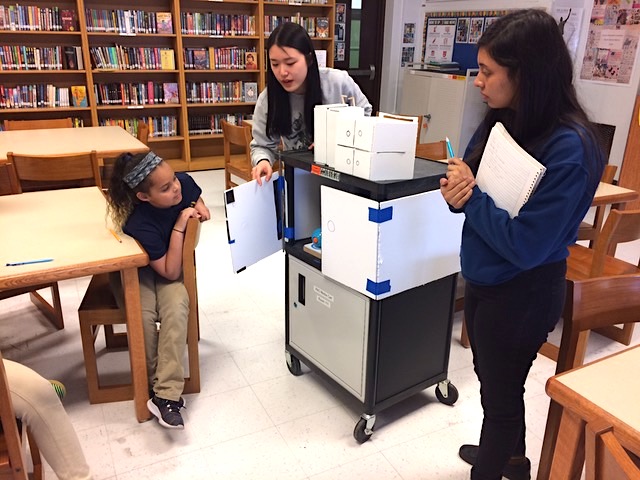 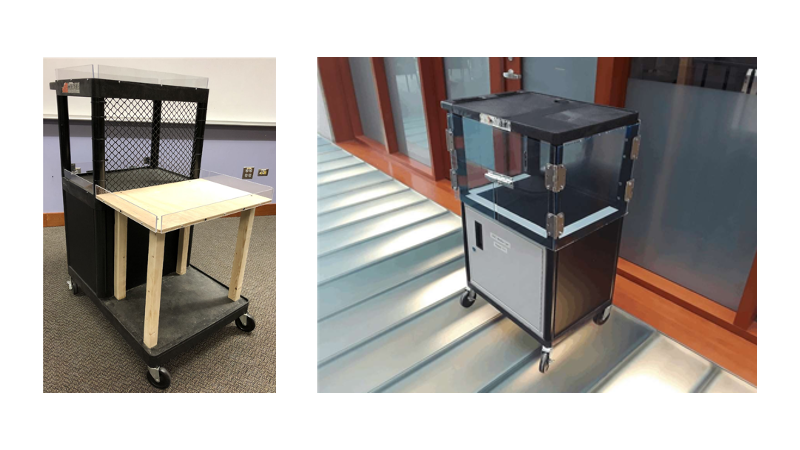 Through a user centric design process, the students refined prototypes of mobile maker carts. These prototypes have been taken in use at Galileo Scholastic Academy by the students and teachers to see what works and doesn’t to inform the next iteration. With the tools and methods of design thinking, innovation and most importantly, collaboration, Kelly was able to work with students from three different educational institutions to reimagine offerings of the school Library at Galileo Scholastic Academy.

This site uses cookies to direct your browser request to the correct server. These cookies contain no personally-identifiable information, and are only used for this technical purpose. Ok